The rubber game of the series is likely to be played in similar conditions as last night.

Share All sharing options for: Game Thread 7/4: Marlins at Braves

No lineup posted today because I'll be away enjoying July 4th festivities as I imagine many of you will be.

Today, we remember the American Revolution and the independence of this country from Great Britain. While July 4th is the day we celebrate, July 4, 1776 was only the day in which the wording of the Declaration of Independence was presented to and approved by the Continental Congress. The letter went through several drafts before it found its final form, and the language was calculated and precise. It was probably signed about a month later and sent to Great Britain.

While "no taxation without representation" is the catchy slogan oft used to explain why the colonies broke from Great Britain, it was simply one of many complaints the colonists had against King George III and Parliament. The middle section of the Declaration of Independence lists all of the "crimes" of the British government if you'd like to take a look. The main point, however, was that the colonists no longer felt like "British citizens" as the government claimed they were. Instead, they saw themselves as "British subjects" - ruled not governed - a small distinction but an important one. Representation in Parliament was one issue, but the colonists were being exploited without being given any of the protections they were guaranteed while some of their rights were clearly violated. Having representation in Parliament likely wouldn't have stopped the government's actions toward them, and frankly, they weren't the only ones not explicitly represented in Parliament. 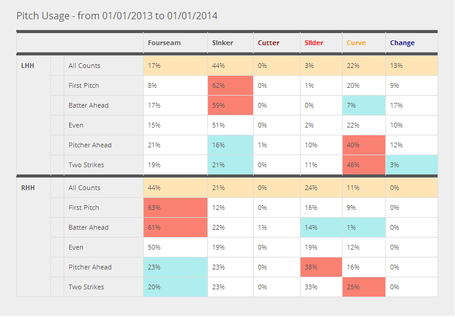 Scouting Report: Jacob Turner's primary pitch is a power sinker that has averaged 93 mph this season, up an mph or two from last season. The righty's second pitch is a curveball that he'll use as his strikeout pitch to both types of batters. While he does have a change-up, you can see he only uses it against left-handers, so right-handers can focus on fastball-curve. After a rough start to his major-league career over parts of the past few seasons, Turner has seen an uptick in stuff that led to his top prospect status.

Analysis: After a roughish start to his career that called his prospect status into doubt, Turner has begun to turn things around this season. His FIP of 2.93 is probably a little misleading as he's not likely to give up a 3% HR/FB rate for the rest of his career, but Turner has made some real strides. His K rate is up a full percent, and he's back to getting more groundballs, though he's not an extreme sinkerballer. If he can maintain the uptick in stuff, he'll likely begin to improve on his peripherals as he becomes more confident and continues to develop his arsenal.