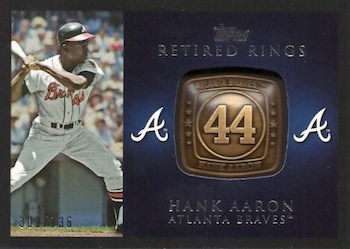 Last week, I professed my love for Topps Series 1. A few days ago, my set arrived in the mail. There are few things I enjoy more than slipping cards into pages to place in a binder. It’s an ideal opportunity to inspect each card. I say again, I love the 330 cards that comprise 2012 Topps Series 1. That said, you might find it strange that I purchased the set rather than opened a box and attempted to build a set in the more traditional fashion.

I’ve mentioned before that opening wax is a high. If money were no object, I would purchase and open everything Topps puts out. My money is limited though so I have to be choosy how I spend it. When I got back into card collecting in 2005, I opened a box of each series of the main Topps sets. I’d then complete those sets using eBay or by trading with other collector’s that I’ve met online. This is my preferred method of set building, especially for the Topps base set. It’s also something I don’t do anymore. 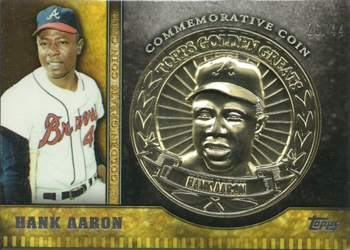 One thing you’ll hear a lot of collector’s talk about, incessantly in some cases, is the “integrity of the base set”. The idea is that since the Squirrel card is a variation of Skip Schumaker’s regular card, it is a part of the set. All of the other short printed variations are as well. These collector’s would not care if these cards were included as inserts. They only care that the base set has been, in their opinion, compromised. It is now impossible for most collectors to complete. I don’t totally disagree, but I still want to collect and I still want to collect the flagship Topps product. Topps has gone whole hog down the gimmick path, and I don’t see any going back now. This is what base Topps is now, and we can either accept it, or we can stop collecting.

The real question is this: are gimmicks good for the hobby? The squirrel card has attracted a lot of press and along with the publicity for the Albert Pujols and Jose Reyes short print cards, has no doubt led many people to purchase cards that might not have before. The thing is, these gimmicks are short prints. This means, these guys probably didn’t get one of the chase cards. The question is, are these individuals enchanted enough by the base cards to keep collecting, or are they turned off at not getting hit? This shouldn’t be about getting people to buy a box of this year’s baseball cards. It should be about turning people into collectors and getting them to want to buy boxes every time a new series comes out. Only time will tell if Topps has succeeded.

There’s no doubt that I feel robbed of the chance to build a set in the more traditional fashion. The gimmicks do, after all, drive up the price of a box of baseball cards to a point where I just don’t see the purchase as worth it. Still, I’m going to take the glass is half full approach. I was able to pick up the 330 cards that comprise the main set for just fifteen dollars shipped on eBay. Checking eBay right now, there are numerous auctions closing in the ten dollar range for the complete set. These cards may not matter to the case breakers, but they matter to me. I’m happy to use their foolishness for my collection’s personal gain. 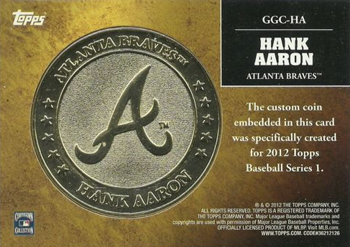 So, I’ve saved a lot of money by not buying a jumbo box of Topps Series 1. In fact, judging by current prices, I’ve saved around a hundred dollars. So, instead of spending that money on a box of cards where I’m only looking to collect the base set (minus the gimmicked variations) and as many of the Braves inserts, parallels, relics and autographs as I can get my hands on, I get the base set cheap and can lurk around eBay looking for other cards that tickle my fancy. From the current Topps series, I’ve already picked up a Brian McCann auto, a Tim Hudson relic, a Martin Prado relic, as well as all of the regular inserts featuring players from the Braves.

I’ve also picked up two Hank Aaron cards that I like far more than I would have thought. I’ve never really been in favor of the manufactured relic cards. These are cards that don’t feature a piece of game used material for a player, but instead feature a patch of material or a stamp or some other item manufactured specifically for the card. Why would I want a piece of glove leather with a players number burned in it over an actual game-used relic card? Until this year, I never have.

My first Hank Aaron pick up is from Topps Retired Rings insert series. These cards feature small rings embedded in the card. In keeping with the golden theme of this year’s set, the rings are golden and as you can see, they look great. The other Aaron card I picked up was a part of the Commemorative Coin insert series. These cards feature a large golden coin featuring the player in question. As much as I like the card, and I do, both front and back, I almost wish they had included the coins without the surrounding card.

Saving money on wax also allowed me to make three vintage Hank Aaron purchases. As I searched for “Hank Aaron coin” on eBay, I didn’t come across the 2012 insert card only. The search reacquainted me with the coin sets that Topps put out in 1964 and 1971. (They would also put out coin sets from 1987 to 1990.) The coins are little more than small round pieces of metal with the player’s color picture on the front. In 1964 and 1971, the coins were inserted into wax packs. I wonder if they were considered gimmicks by the hardcore baseball card collector’s of the time?

Each of these three coins is a winner. The regular 1964 coin features Aaron in his familiar pose, with his eyes focused ostensibly on the pitcher. These photos never seem to feature the Home Run King actually looking at the camera. The colors and photography on the coin are as crisp as a card. Unfortunately, my Aaron All Star coin from 1964 has faded a bit. In pristine condition, the background is a wonderful red. This time, it looks like Hank is looking at the photographer, but that would be because the picture is taken head on. Hank doesn’t look to the side! He won’t compromise the integrity of his stare in. The 1971 coin has the picture framed by an unfortunate green border. Still, that’s the face of the man who broke Babe Ruth’s record, so how could it possibly be a bad coin?

If you are looking to pick up vintage Aaron, the coins are among the more affordable purchases you can make, I picked up the three together for around eleven dollars each. Seems like a bargain to me. It’s certainly a better deal for me than ending up with a slew of cards I don’t want in an overpriced wax box of new cards. The lesson here is that if you skip the wax for 2012 Topps, you can use the leftover money to purchase vintage Hank Aaron.