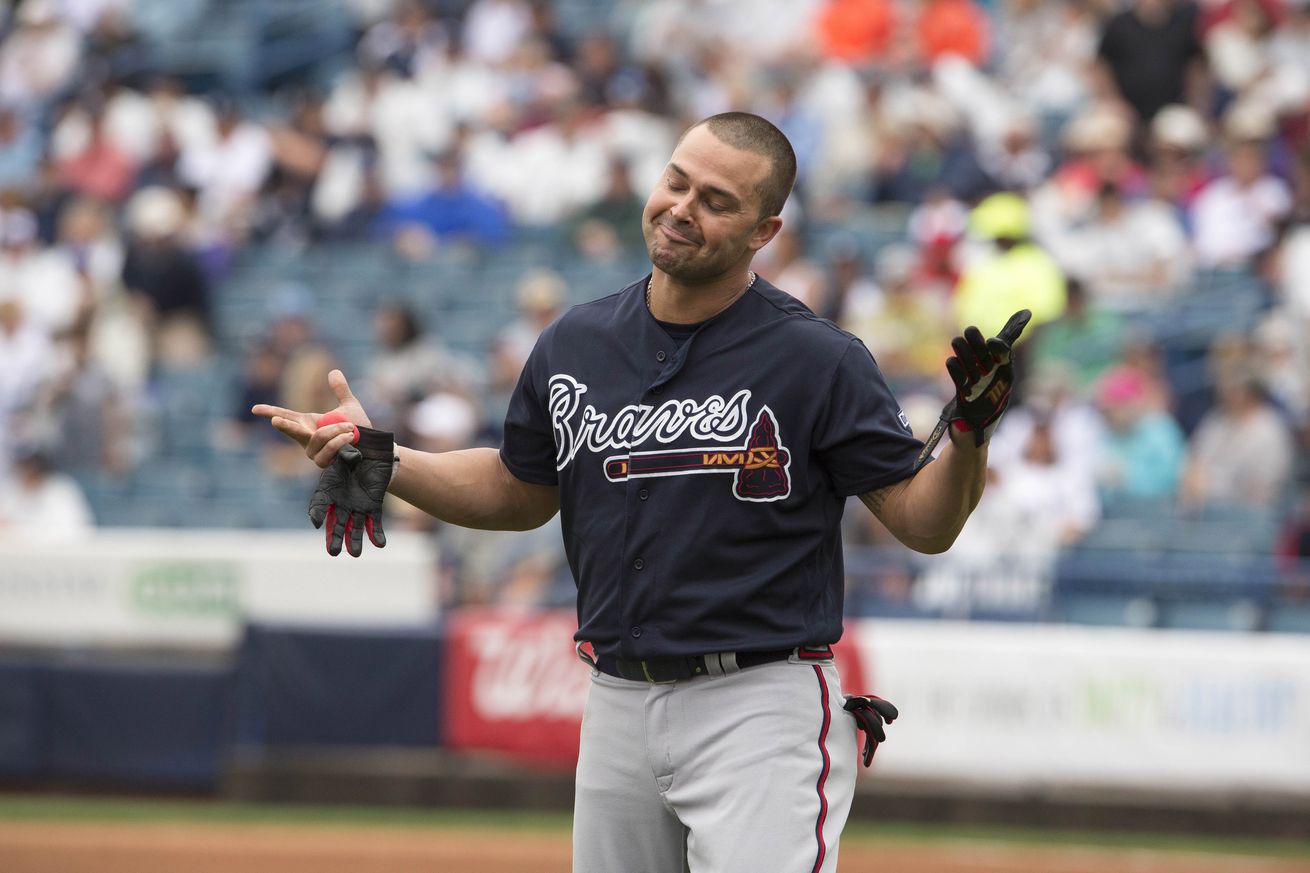 Last year around this time, I asked the TC Community to make Five Bold Predictions about the Braves for the upcoming 2015 MLB Season. This post will serve as a review of some of the best and worst predictions in that post, as well as a place that those who are interested can post their bold predictions for the 2016 season. Just post your five bold predictions (or really any number of predictions you like) in the comments below, and next year around this time, we can look back and see how wrong (or even how right) you were. The picks are meant to be bold, and in this context, that means unexpected or unlikely. So, for instance, Freddie Freeman hitting more HRs than any other member of the Braves would not be a bold prediction. Frenchy or Markakis leading the Braves in HRs would be.

The Worst Predictions From Last Year

In retrospect, everyone who made predictions looks pretty dumb. Of course, asking for bold predictions increases the chances that those willing to participate are wildly incorrect, so the following is all in good fun.

The Braves will have the lowest ERA in the NL. Fast at Last

The Braves finished the season with the third-worst ERA in the NL.

Teheran had his worst season in terms of command by far, issuing 73 BBs, while Simmons and Gomes would combine for 11 HRs.

Eury Perez is second on the team in terms of outfield innings, and has the highest WAR among Braves outfielders. Ivan.

Optimism about Eury Perez was a common thing at the beginning of last year, but man, was he terrible.

Toscano will join the club in late September. Glassman

Ha. Haha. Hahahahahaha. Apparently, existence is a prerequisite to inclusion on the Braves 40-man roster. There have been reports that Toscano has a corporeal form, even (doctored) photographs that purport to show him in Spring Training, but until we get some DNA evidence, I’m remaining skeptical.

The Best Predictions From Last Year

Alex Wood has a higher WAR than Julio Teheran. Jackgray64

Melvin Upton will be worth 2 WAR. Jackgray64

Mupton was only worth 1.6 fWAR (also 1.6 bWAR) last year, but he also missed a large chunk of the season with injury and only played in 87 games, so this prediction was more right than wrong.

… C-Beth’s defense is worse than expected … and AJ Pierzynski is surprisingly solid. Ivan

Speaks for itself, really. Nice call.

This was so close to being true. Maybin and Garcia both finished the season with 10 HRs.

This is my favorite prognostication. Maybe one or two Johnsons getting dealt was foreseeable, but for Chris, Jim, and Kelly to all play well enough (or in CJ’s case, badly enough) to be shipped off to other teams before the end of the year was definitely not something that many saw coming.