Jose Peraza alters his setup at the plate....or does he?

Peraza's hand positioning in his setup at the plate has been unorthodox this season, and some changes were supposedly made. Or were they?

Share All sharing options for: Jose Peraza alters his setup at the plate....or does he?

In this morning's Minor League Recap for yesterday's games, TC member ATLnUNC posted a comment containing an article written by MiLB.com's Jake Seiner about José Peraza and Daniel Castro, who had big days at the plate yesterday for double-A Mississippi.

One particular snippet of the article caught my eye, as it mentioned a mechanical change for Peraza at the plate. Specifically, Mississippi hitting coach John Moses stated that he's doing some work with Peraza regarding the placement of his hands in his setup at the plate:

"He was setting up with his hands almost in the middle of his stomach, way forward," (Mississippi manager Aaron) Holbert said. "We moved his hands back in his regular setup, back a little bit, and that should help him really feel those hands when they’re moving back, getting them back behind the baseball."

When watching Peraza at the plate this season with Mississippi, and earlier in the season with advanced-A Lynchburg, his unconventional hand positioning in his setup is impossible to miss. Peraza keep his hands exceptionally low and forward in his setup, and essentially holds the bat vertically in front of his chest. Here's a view of Peraza at the plate from a typical TV angle: 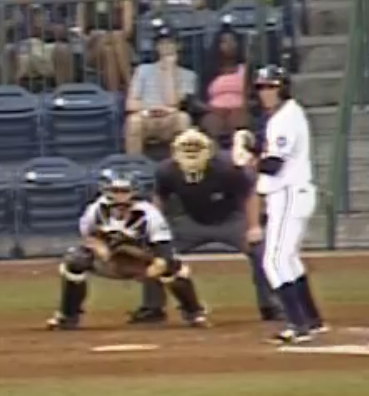 Here's the same thing, viewed from a side angle. 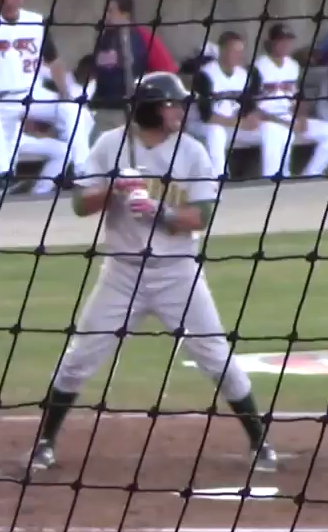 This setup is a change from what Peraza did last season in low-A Rome, in which his hand positioning was much more conventional. He held his hands higher and further back, closer to his head. Here's another screenshot to help visualize the change. 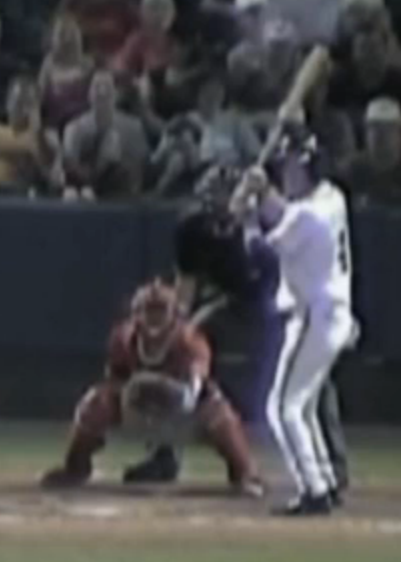 Now, back to what Mississippi's hitting coach and manager said. When I read this quote, I was expecting to see Peraza's hands go further back and closer to what we saw at Rome last season. I was a little bit surprised to read this, as Peraza has torn up both levels he's played at this season, and has improved his offensive numbers from his stint at Rome, a much lower level of play, last season. Peraza's hand placement isn't something you see every day, but it seems to work for him. He doesn't have much raw power, and his game is more predicated on spraying line drives all over the field and letting his speed work to his advantage. His setup and minimal load at the plate don't lend themselves to hitting for power, but it works for what Peraza strives to do. Here's video of Peraza doing just that--he uses his quick hands to pull an inside fastball for a line drive triple.

When I went to look at video of Peraza last night, after his purported change, however, I didn't see much of a difference. I grabbed this image from MiLB.tv's broadcast of yesterday's M-Braves/Biscuits game. 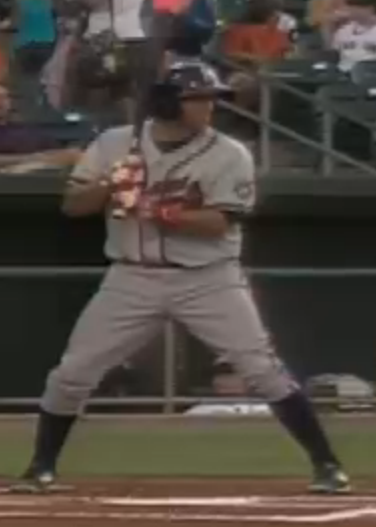 There's only a very subtle difference between his setup last night and what he's done previously this season. The hands are tucked a bit further back, which I presume would allow him to get his hands a bit further back (as Holbert mentioned), and possibly allow his bat speed to tick up by getting some additional momentum generated by hands that have further to travel to the ball. Like I said, however, the difference seems quite minimal, and it shouldn't be anything that radically changes our projection of Peraza going forward.