Share All sharing options for: Game Thread 7/13: Braves At Cubs

July 13th, 2014 is 13 hours old on the East Coast, and yet in those 13 hours we've had a bit of a minor shake-up: Phil Gosselin is on the active 25-man roster and will be available off the bench should Fredi choose to use him in a pinch-hitting situation. Meanwhile, the big shock of the day is that Dan Uggla has been suspended for...who knows what. Being a lame-o dweebenheimer in the clubhouse? The only people that know why this happened are currently in the Braves clubhouse. Plus, nobody would have noticed if the Braves didn't announce it since it's not like there was a good chance he'd be playing. Either way, those are the big roster changes for today.

As far as people who are guaranteed to see the field for today's First Half Finale at Wrigley Field, we have Julio Teheran starting for the Braves. He'll be looking to rebound after the Mets roughed him up back on Monday. To counter, the Cubs will be starting Travis Wood. Wood's pitching stats haven't been spectacular, but he has been a pretty good hitter at the plate, so the Braves will have to watch out for that.

Here are the lineups. The Cubs have shaken up their lineup a bit, while the Braves will be sending out the same lineup as yesterday, except Gerald Laird is starting instead of Bethancourt: 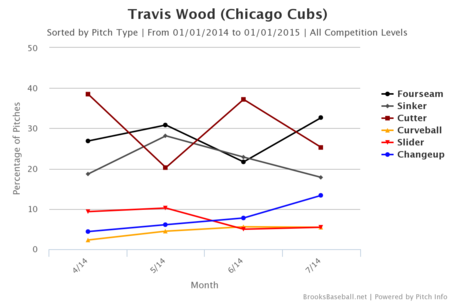