Remember the happy times back on Monday? Remember when the Braves were cruising merrily along on their way to an easy victory over a Red Sox team that had lost 10 straight and was looking down the barrel of a gun loaded with loss #11 in a row?

Well, times have changed. The Braves aren't looking down the barrel of a gun, but they do have the looming specter of a broom looming over their heads in Fenway Park tonight, as the Braves will try to avoid a sweep at the hands of a suddenly revitalized Boston Red Sox squad.

Despite a decent night at a the plate from a debuting Tommy La Stella, the Braves offense just couldn't quite get any traction last night, ad it's been like that for the past two games. They'll have a shot to bounce back tonight, though, as Jake Peavy has been extremely shaky in his past four starts. Plus, Andrelton Simmons will be returning to the lineup, so there's another positive. Meanwhile, it'll be up to Mike Minor to try to keep the Red Sox bats from getting any hotter than they already are.

Minor won't have to deal with David Ortiz, who has been scratched from Boston's lineup with calf tightness. He will still have to deal with A.J. Pierzynski and Jackie Bradley Jr., who with 6 RBI between them in this series have both assumed the role of "Unlikely Guy Who Kills The Braves" in this particular series. 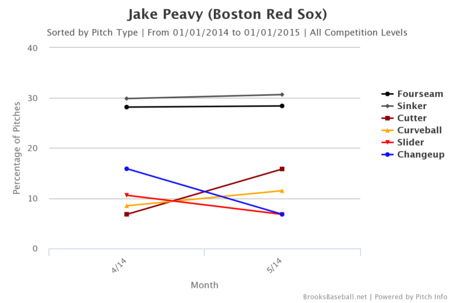