Share All sharing options for: Game Thread 9/20: Braves at Cubs

With a magic number at two, Atlanta takes on Chicago in the first game of this three-game set at 2:20 PM ET. Paul Maholm will toe the rubber for Atlanta, while Scott Baker gets the ball for the Cubs. The game is televised on Fox Sports South.

Note: Heyward will either play five innings or get three at-bats today, then will rest tomorrow. Atlanta's going to ease him in.
Scott Baker pitch usage: 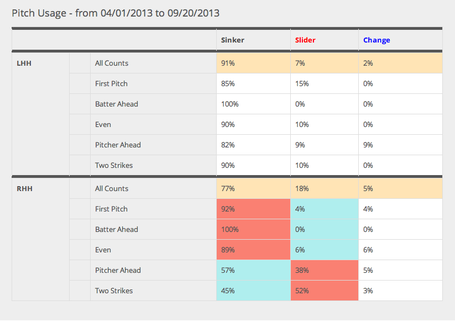