Going for the clinch.

Share All sharing options for: Series Preview: Braves at Nationals

With the division title within grasp, injured  Braves Tim Hudson and Jason Heyward will be making the trip to Washington. Injured players don't usually go on road trips, but if the Braves can win 2 games in this series, the fat lady will sing on the NL East.

The Nationals, however, have been remarkably hot this month, and they're keen on stopping the Braves from clinching at their place. In the month of September, Washington is 11-3. Ryan Zimmerman has been a huge reason why as he's blasted 9 home runs in the past two weeks, and Wilson Ramos has added 6 of his own. Denard Span, Adam LaRoche, Jayson Werth, and Bryce Harper have all added OBPs +/- 20 points of .400 during the same period of time as the Nationals offense is finally acting like the one most expected to see for most of the season.

Not surprisingly, the pitching rotation has been keeping up with the offense. Gio Gonzalez, Stephen Strasburg, and Jordan Zimmermann all have FIPs below 3 and have been worth about a half win this month. Even Tanner Roark is getting into the act. The rotation, however, has never really been the problem as it's provided enough solid innings that have been wasted by the offense and the bullpen. But the bullpen has also been pretty good this month, with the exception of Ian Krol in 1.1 innings. But given the beating the Braves have given Krol this season, I'd guess he wouldn't be used much anyway.

As the Braves head to Washington to clinch, please take a moment to think about/pray for the people involved in the Navy Yard shooting earlier today. Nationals Park is located about a half-mile from the Navy Yard, in case you were wondering. 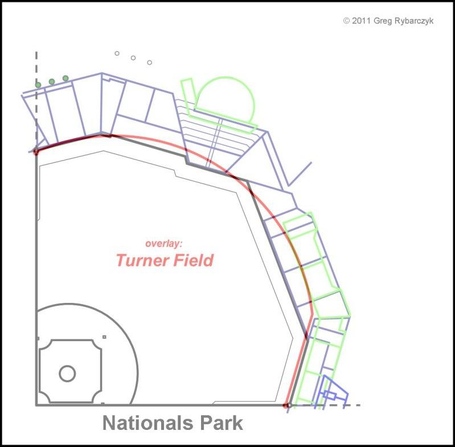