Share All sharing options for: Open Thread 8/9: Marlins at Braves 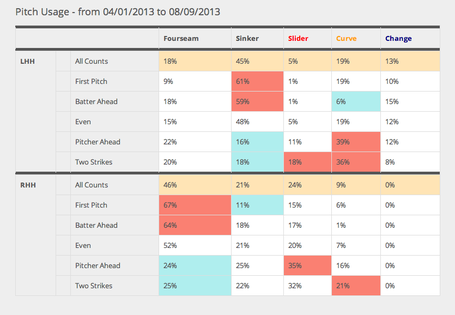 His slider has the highest whiff/swing rate among his offerings at over 42%, while his curveball is second at almost 33%. Turner's two-seam, curve and change all have ground ball/ball in play rates above 48%, with his two-seam the highest at almost 60%.