Jose Fernandez takes on Julio Teheran in a matchup of hard-throwing young right-handers tonight in Atlanta. First pitch is set for 7:30 PM ET on Fox Sports South. Here are the lineups: 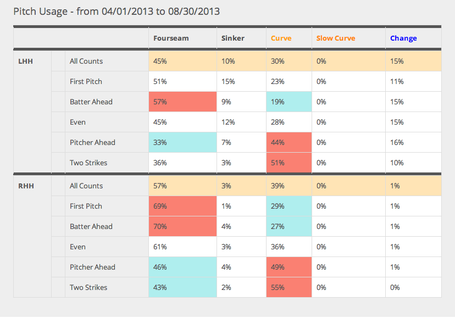 Both his change and curve have whiff/swing rates of around 33%. Both pitches also have extremely high ground ball/ball in play rates, with Fernandez's curve leading the way at 62%, and his curve a little lower at 53%.