Share All sharing options for: Game Thread 8/20: Braves at Mets

Brandon Beachy and Zack Wheeler face off in game one of this short two-game series. First pitch is set for 7:10 PM ET at Citi Field on FOX SportSouth. Here are the lineups: 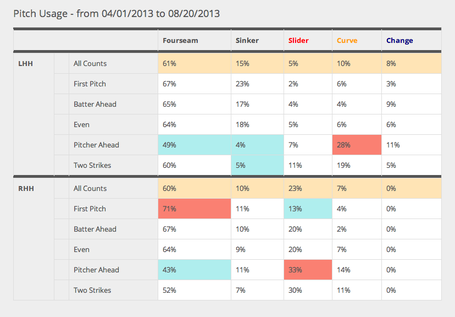 He throws hard, with his fastball averaging over 95 miles per hour so far this year. His slider checks in at over 88 miles per hour of average velocity, while his changeup averages at tick slower at just over 87 miles per hour. Wheeler's curve is his slowest offering, coming in at an average of 78 miles per hour.

The curve has the best whiff/swing rate among his offerings at almost 38%. His slider is next up at over 28%.