Atlanta takes a quick trip to New York for a two-game set against the Metropolitans.

The Braves begin a six-game road-trip with two games at Citi Field against the Mets. On the year, New York is 57-66, 18 games back of the Braves but just 2.5 games of back of the Nationals for second place in the National League East.

Since returning to the Mets lineup on July 5th, Ike Davis has been highly productive with the bat, hitting .284/.455/.441. Highly touted catching prospect Travis d'Arnaud is finally up for New York, and he has walked five times in three games despite having failed to record a hit yet.

Juan Lagares hasn't done anything of note at the plate this season, hitting just .258/.287/.396, but he's been absolutely special in center field. In 84 games this year, he has a Defensive Runs Saved number of +20 and continues to make great catches like this one yesterday. 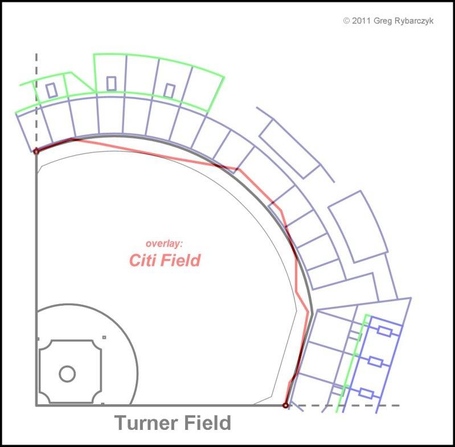