The 2013 season is looking bleaker by the day for the Phillies.

Entering the All-Star Break, the Phillies were just 6.5 games out of first in the NL East. Since then, they have simply stunk, having lost 10 of 12 games and have dropped seven full games in the standings. The Phillies are in danger of falling into fourth place in the division while GM Ruben Amaro Jr. opted to keep Cliff Lee and Michael Young past the non-waiver trade deadline. On top of that, Lee has been bothered by a sore neck and will have his start against the Braves pushed back, so the Phillies will call on Ethan Martin to start Friday in the opener of a three-game series.

The Braves, on the other hand, will look to build on a seven-game winning streak and may be catching the Phillies at the perfect time. A profitable series for Atlanta this weekend may not put the proverbial nail in the Phillies' coffin, but it would come close. It would have to be done on the road, away from the comforts of Waffle House Turner Field, and Atlanta has won just four road series since winning its first seven road games of the season.

Atlanta lost two of three to the Phillies at Citizens Bank Park in their last matchup, but Philly's pitching staff has been deplorable in the second half with a 5.85 ERA. Chase Utley leads what is otherwise a lackluster offense with a .302 second-half batting average and eight RBI; Ryan Howard is not expected back off the DL until late August and Domonic Brown is recovering from a concussion. Brown being sidelined, as well as Ben Revere suffering a broken foot, has meant more playing time for Laynce Nix, but he has just three hits in his last 22 at-bats. John Mayberry has hit .300 in the second half with six RBI. Philly's offense has hit just .224 overall in the second half. 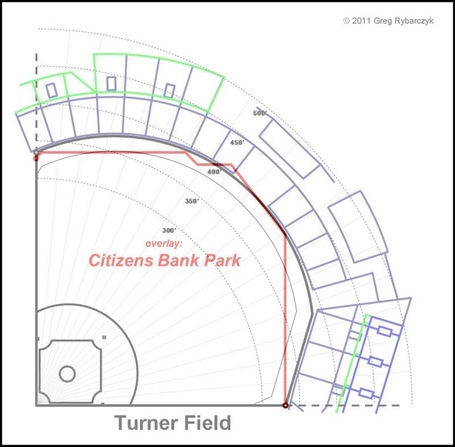