Share All sharing options for: Game Thread 8/10: Marlins at Braves

Nathan Eovaldi takes on Alex Wood in Game Two of this three-game series in Atlanta. First pitch is set for 7:10 p.m. ET on FOX Sports South. Here are the lineups: 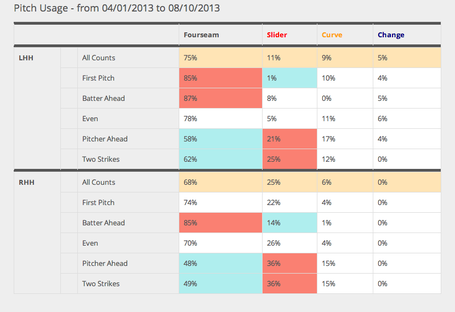 Eovaldi throws very hard, as his fastball has an average velocity of over 96 miles per hour on the season. His changeup and slider both average over 87 miles per hour, while his curveball checks in at 78 miles per hour on average. Both of Eovaldi's breaking balls have whiff/swing rates of over 25%, with his slider leading the way at 29%. His curve (62%), fastball (50%) and slider (40%) all have very good ground ball/ball in play rates.