Atlanta's going for the sweep tonight in the conclusion of this short two-game set.

Share All sharing options for: Game Thread 6/26: Braves at Royals

In the series finale, Mike Minor will take hill for the Braves while Kansas City will trot out Luis Mendoza. First pitch is set for 8:10 PM EDT on SportSouth. Here are the lineups: 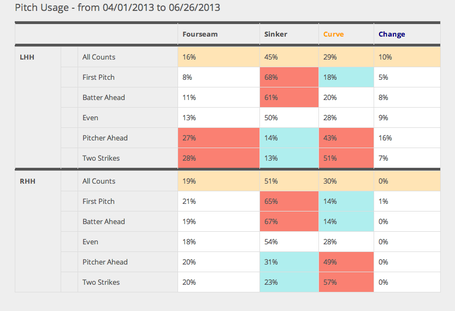 Both of Mendoza's off-speed pitches have whiff/swing rates above 20%, although his changeup is just above that at 21%. His curveball is his major swing and miss pitch with a whiff/swing rate of 32.76%.