With the series tied at one game apiece, both teams will turn to rookie starting pitchers in game three of this National League Division Series. Atlanta will send out Julio Teheran, while Los Angeles will counter with left-hander Hyun-Jin Ryu. First pitch is set for 8:07 PM ET on TBS.

Here are the lineups for both teams: 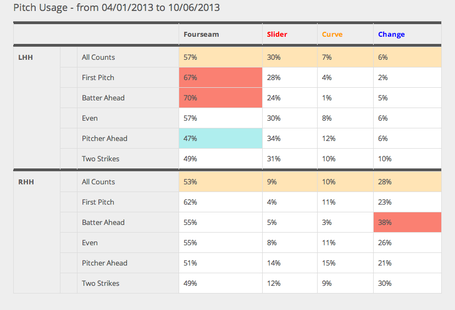 Ryu throws four pitches, and works mainly off his fastball, which checks in at an average velocity of right at 91 miles per hour. It has a whiff/swing rate of just over 11%, but a ground ball/ball in play rate of over 47%. His slider, which he uses mainly against left-handed hitters, has an average velocity of over 82 miles per hour, and a whiff/swing rate of almost 36% against those left-handed hitters.