The Braves will carry 11 pitchers and 14 hitters against the Dodgers.

The Braves announced their 25-man roster for the NLDS on Wednesday afternoon.

As reported yesterday, Dan Uggla was left off. Paul Maholm was also left off, which makes it seem like Freddy Garcia will be the man in Game 4.

Everything the Braves should know about Clayton Kershaw 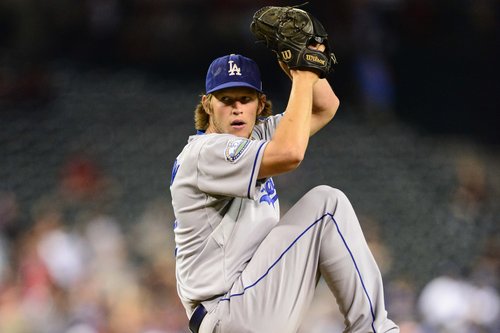 The Braves will face Clayton Kershaw for the first time in over two years Thursday in Game 1 of the NLDS. Here's everything you -- and the Braves -- should know.

Scott Downs did not make it, and it seems like his finger has to be really bothering him. In a bit of a surprise from Fredi Gonzalez, Anthony Varvaro was left off the roster while David Hale was included.

Jose Constanza made the team as the 7th outfielder. B.J. Upton also made it, though there was never really any doubt with him. Here is the full roster:

I don't really have an issue with Constanza making it. There was a lot of outrage at first, but this is how I saw it:

Joey Terdoslavich has been awful lately and is a liability in the field. Dan Uggla has one extra-base hit since the end of July and is Brooks Conradian at second. Constanza at least has some speed, and while he's not much of a base stealer, he is pretty fast going first-to-third or scoring from second on a single. As long as he's used properly, I think the team will be fine. It's not like he's starting in place of Heyward and batting leadoff.

I was glad to see Hale grab one of the final spots. He pitched really well in his first two career starts with 14 strikeouts in 11 innings and did a really nice job keeping the ball on the ground. Fredi doesn't seem to really trust Varvaro unless it's in mop-up duty, but even then I was a little surprised to not see him included on the roster.

Downs not being included wasn't too much of a surprise. His finger kept him out of action for a while, and lefties went 9-for-13 against him in the month of September. Hopefully he can get healthy and contribute in the NLCS and beyond if the Braves advance.