Every time I look at a Dale Murphy card, I remember how honored I was to watch him play. He belongs in the Hall of Fame.

My family moved to Georgia in 1981 and it was the first time we had cable television. I’ve been a Braves fan from the moment I first saw Dale Murphy play on WTBS and I’ll be a Braves fan until the day I die. The Braves franchise is defined by a very specific group of men whose greatness is undeniable and proved their worth year after year on the baseball field. Warren Spahn might be the greatest southpaw in the history of the game. Eddie Mathews, who played for the Braves in Boston, Milwaukee and Atlanta, was a slugging superstar. Hank Aaron is, quite simply, one of the precious few players who can be included in the discussion as the best ever. Phil Niekro, the game’s greatest knuckleballer anchored the Braves starting rotation for nearly two decades. Bobby Cox sowed the seeds that led to the Braves fourteen straight division championships as GM, then captained the team on the field as those seeds bloomed. The rotation of Greg Maddux, Tom Glavine, and John Smoltz is regarded by many as the best in the history of the game. The recently retired Chipper Jones ranks among the best switch-hitters and third basemen of all time. Every one of these men is either in the Hall of Fame, or will be, and make no mistake, Dale Murphy should be included among them. 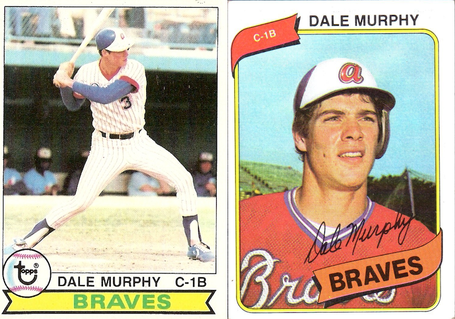 There’s a school of thought that baseball can be broken down into nothing but numbers. If it can’t be quantified as a number, then it simply isn’t important. Like many fans here, I love the “new” statistics. I love the math. I love using them to find where the value lies in player performance. Dale Murphy cannot, however, be summed up as a set of numbers. We all know what the numbers tell us: Murphy showed potential from the start, especially with his power. In 1980, he began to put his complete game together. By 1982 and through 1987, he was one of the best players in all the game. Injuries slowed him down and his performance began to fall off. 1993 would be his final year in the big leagues. Do the numbers say Dale Murphy belongs? Well, yes. They do. 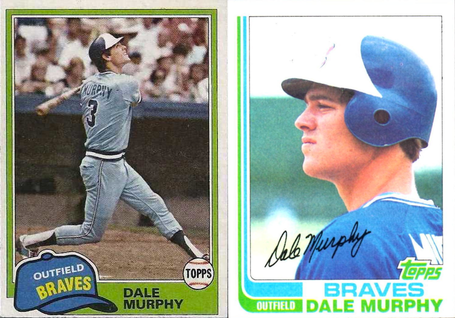 His Hall of Fame resume is well known and has been mentioned over and over again. Here are the numbers his son Char Murphy spelled out in a letter to all of the BBWAA members: 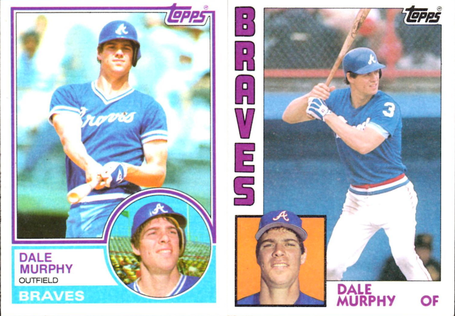 Are those the “slam dunk” Hall of Fame numbers of a Hank Aaron or Willie Mays? Of course not. They also fall below his contemporary competitor Mike Schmidt. Here’s the thing though: even a Murphy detractor acknowledges that his numbers are borderline; that his numbers are close to being good enough. As I said previously, Dale Murphy’s story isn’t simply the story of his numbers. It is so much more than that, and when everything else is taken into consideration, his candidacy should be a slam dunk. 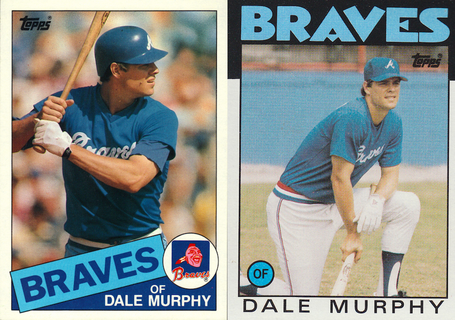 There’s more than that to consider though. His throws as a catcher were falling at the feet of the Braves center fielder as often as they were at the bag. After moving to the outfield, he worked hard on his defense and turned himself into a gold glove defender. After winning the 1982 NL MVP award, Murphy thought he could improve his hitting and went to the Arizona Instructional League to play that winter. The next year, he raised his batting average 21 points in route to his second MVP award. This is also the same man who told the Braves to trade his in 1990 to make way for younger players like David Justice. The Braves division championship streak would begin the very next season. Murphy’s selfless act allowed the young Justice to move to his natural position, right field, where he hit .324 with 20 homers over the seasons final two months. Murphy didn’t have to accept any trade, but he willingly stepped aside for the betterment of the team.

If Chipper Jones’ rise to Twitter stardom was the most unexpected development in Braves social media history, Murphy’s rates a close second. His work on Twitter is sincere and engaging. He shows himself to be the man we’ve always thought him to be. He condemns the use of steroids, but never resorts to classless name calling. He invites political discussion about his choice to win the Presidential election, but doesn’t slight the opposition. For some, it would seem like a guy walking a very tight line. For Murphy, it’s natural. It’s who he is. (Even more unexpected than his plunge into the world of Twitter is his shockingly progressive taste in music. Death Cab? Wilco? LCD Soundsystem? That alone would be enough to rate him among my favorite players of all time.) 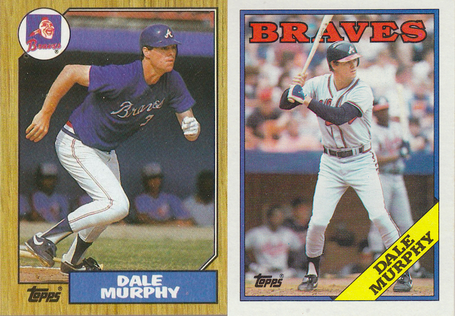 The Hall of Fame criteria for voting includes the following, from the now infamous rule 5: “Voting shall be based upon the player’s record, playing ability, integrity, sportsmanship, character, and contributions to the team(s) on which the player played.” We live in a world where Pete Rose has been denied entry to the Hall of Fame because of character issues. Mark McGwire hasn’t even come close to election for the same reason. If things like integrity, sportsmanship and character are enough to keep those with “slam dunk” statistics out of the Hall, why isn’t it enough to put someone like Dale Murphy over the top? I recognize that this is not an original argument in Murphy’s favor, but it is wisdom I have to echo. 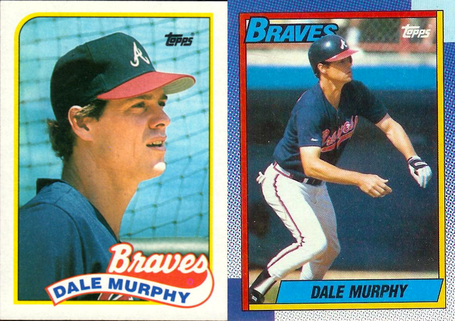 Here are a few other great quotes about Dale Murphy.

From the Braves beat writer for the AJC, David O’Brien …

His career began in a baseball era tainted by cocaine scandals and amphetamines in the clubhouse, and ended just before the era tainted by widespread steroid use. But Murphy? His character, his reputation were beyond reproach, and remain so to this day.

If Murphy isn’t named on at least 50 percent of the votes in his final year, and given strong consideration later by the HOF Veterans Committee, it’ll be a shame. And Rule No. 5 might as well be omitted.

(M)any, many years after a “borderline” Hall of Fame career, Dale Murphy still has so many fans rooting for one of the nicest guys in all of sports. He doesn’t need the Hall as much as the Hall needs him. Especially this year.

From a posting by Michael Collins at Rant Sports …

Dale Murphy belongs in the Hall of Fame – period. He personifies everything that a Hall of Fame player should be. He was (and still is) unselfish, and humble – the consummate team player. He was always (and still is) giving his time to the fans, never refusing a request for an autograph or a photo opportunity with a admiring fans. If the BBWAA fails to elect him in his final year of eligibility, they are doing a disservice to the game of baseball, and all that the hall stands for.

From Keith Olbermann, on whether he would vote for Murphy in a blog post from 2009 …

Yes. Preposterous that he’s had to wait.