As we approach the holidays, big moves are still happening everywhere but Miami.

I started filling out a 2013 calendar of potential baseball trips. Surely but steadily, the sting of outfield fly rule is dissipating, and the exciting anticipation of a new season is creeping up on me. 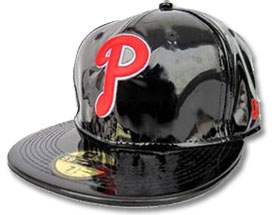 Phillies stay old by getting Young - TGP
I totally stole that headline from my best friend. But the Phillies acquire the 36-year old Michael Young from the Texas Rangers for two relievers, Josh Lindblom and prospect Lisalverto Bonilla. Young will become the third baseman for the Phillies, and probably end up playing about the level of Pedro Feliz as old Phillies third basemen inevitably have done over the last few years. The flyball-tendency Lindblom goes from one perceived hitter's park to the perceived hitter's known as the Ballpark in Arlington. And Lisalverto Bonilla, like so many young traded pitching prospects, strikes out a ton, but also walks a good bit.

Phillies offered Josh Hamilton more money per year before he signed with the Angels - Beerleaguer
The the tune of three-years, $80M. That's an annual value of $26.7M a year. Ultimately, he ended up signing for the Angels for the same deal Ryan Howard is currently sucking the Phillies dry from - five years, $125M. In a way, it would have been scary to have had to deal with Josh Hamilton, but it would have fun to have been able to point and laugh at the Phillies' payroll if they had Josh Hamilton on top of Ryan Howard and the rest of the financial anchors.

Phillies also keeping their eye out on Cody Ross - Phillies Nation
Listen, ignore all the numbers, the wOBA, the OBP, and all the other sabermetric nonsense: Cody Ross is a Braves killer. To Nationals fans, Cody Ross is a Nationals killer. Some in Philly might also consider him a Phillies killer. Out of all the outfielders that the Phillies have shown interest in, Cody Ross is the one I'd like to see the least. Hopefully his demands for three-year, $30M scares even the Phillies off.

Tried to get Ichiro, failed - Phillies Zone
The thing is that the Phillies technically offered more money than the Yankees are likely to sign him for, 2/$14M versus 2/$12-13M. But Ichiro is clearly a guy hung up on legacies and honor and all that nonsensical stuff, so he decided to stay with the more popular and world reknown Yankees over to probably what could be a better team in the Phillies.

I actually agree with TGP - TGP
In a sense, the Phillies are kind of like the Braves post-2011. Everyone giving the Braves flack for not making any gigantic splashes, and although the Phillies did make some more notable moves than the pre-2012 Braves, they didn't go out and get Josh Hamilton or Zack Grienke or anyone who would have warranted another monster contract. Although they attempted and were not very successful with bolstering their outfield, on paper, they've still got a decent team, and most importantly the big three starting pitchers. 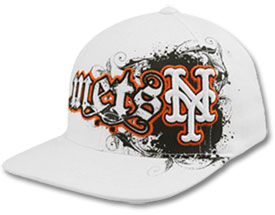 Mets offer two-year, $20M extension to R.A. Dickey - NY Daily News
Combined with the $5M he is owed for 2013, it's often being stated as a three-year, $25M deal. The problem is, R.A. Dickey initially asked for three-years and $31M, which he believes to be "less than fair price."

The anonymous AL executive begs to differ - MetsBlog
The unnamed source cites Dickey's age (38) and feels that the Mets are offering more than a fair price for a guy that just won the NL Cy Young Award, despite playing for a non-contender, but if that's the general perspective of R.A. Dickey's value, then he might be in trouble.

Unhappy Dickey voices displeasure at company function - NY Post
To be honest, I'm actually a little surprised at Dickey's conduct, of voicing some cryptic and less-than-positive remarks while at a holiday function for children at Citi Field, as it's kind of beneath the general stoic and professional conduct he's been known to exhibit, but I guess after a period in which Zack Grienke's making a space-shuttle full of money and David Wright just got as much money as the cost of a small modest tropical island, he's feeling a little slighted. Naturally, the Mets are just as unhappy with Dickey's conduct as he is with their offer.

Perhaps the Mets should meet Dickey's modest demands - AA
The fellas over at AA think that the $6M separating Dickey and the Mets isn't that big of a deal, and should take the gamble. If he performs anything like he has over the last two years, then it's worth its weight in WAR.

The Mets are be doing the right thing, but it's perhaps lost in the fact that it involves someone popular - NY Post
I like the following line:

It is not fair to criticize the Mets for all their bad business and now bash them for doing the prudent thing, just because Dickey is popular and the organization is not.

It's kind of true; if this were anyone other than R.A. Dickey, the saint, humanitarian and gentleman, would it be nearly this much of a story?

Rangers among teams still interested in R.A. Dickey - NY Daily News
The only reason I'm posting this is because I just want to voice my opinion on the surprising-to-me notion that there are people that wouldn't want a controllable prospect in Mike Olt for a 38-year old knuckleballer. Olt failed to impress in his debut last year with the Rangers, but he's still 23, has several more controllable years, and has ridiculous power. It's kind of funny that the baseball draft adage is to draft the best players over needs, but it doesn't always translate as well in the trade market. Olt could very well be a contingency plan at first base, if he doesn't inflate his worth to be an appealing trade chip in the hitter-friendly Las Vegas PCL environment.

Ike Davis claims to be healthy and is preparing for 2013 - MetsBlog
Despite the fact that he disputes that Valley Fever wasn't the cause of his abysmal 2012 season, guys who have had it in the past like Conor Jackson would say otherwise. Regardless, Ike Davis is hoping for a better 2013 season, because his security with the team can't be as good as it once was with guys like Lucas Duda or if a Mike Olt is brought in to replace him.

Manny Acosta signs with the Giants - MLBTR
Not those Giants. The Yomiuri Giants. 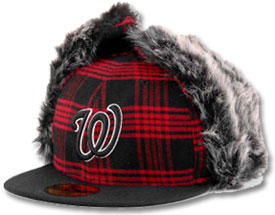 No pressure or anything, Davey - Nats Enquirer
Last week, Davey Johnson expressed how the Nationals were "World Series or bust." This week, he manages to actually presume more than that:

Next year is going to be my last year and I’m going to go out with my fourth World Series ring.

"I did have quite a few other choices," Haren said. "But the Nationals just kind of fit for me."

Translation: A bunch of crappy teams had interest in me, but the Nationals offered comparable money but most importantly, the best opportunity to actually be on a playoff contender.

What is Adam LaRoche waiting on? - MASN
Probably a deer. Seriously. It's funny that there are many media writers out there that think Adam LaRoche is some cerebral hardballer who is deliberately holding out on all these teams that are ironing out their own affairs before putting LaRoche at the top of the list, and is going as far as to consider watching players that don't even play the same position he does like Josh Hamilton's Ryan Howard-esque megadeal with the Angels, but if there's anything we all learned about Adam LaRoche is that he himself has probably entrusted the heavy lifting to SFX (his agent), and is out hunting with Chipper Jones right now.

Ross Detwiler ends honeymoon early to go on USO tour - Nationals Journal
As much props as Detwiler deserves for his dedication to his country and willingness to give back to the troops, I can't help but sarcastically think about how soldiers might be a hair disappointed to be seeing Ross Detwiler and Craig Stammen, whom in the greater hierarchy of Nationals players, are still the anonymous fifth starter and the AAAA mop-up guy. But still, noble intentions, and well wishes that both succeed in encouraging troops, and that nothing bad happens internationally.

Nationals really hoping to not get burned in the international department again - Nats Insider
After the whole Jim Bowden-led international debacle that led to the Nationals squandering $1.4M on a Dominican who ended up being like ten years older than he claimed, the Nationals are dipping their toes into the international pool again, hoping for better luck this time. For $225,000, they've signed a supposed 16-year old infielder named Neivy Pilier.

Remember when nobody wanted to play for the Nationals? - MASN
A few years ago, there was a winter where pretty much every free agent and possible trade target either turned down, or declined trades that would have sent them to the Nationals. It took a lot of money, but succeeding in landing Jayson Werth has done more for the team than simply acquiring a player, it's changed the perspective of a lot of free agents and trade targets, and now players think twice about shunning the Nationals.

Wonder what it would look like to see Bryce Harper pitch? - The Nats Blog
Skip to 4:16, and you'll get to see a 17-year old Harper pitching for the College of Southern Nevada. Kind of a violent delivery, and the release point is inconsistent; but overall not bad for a guy who came up as an underaged catcher. 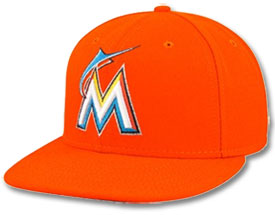 Giancarlo's path looks similarly to Miguel Cabrera's - Fish Stripes
Some interesting parallels between the careers of Giancarlo and former Marlin, Miguel Cabrera. The funny thing is, based on the hostility shown by Giancarlo after the start of the firesale, I wouldn't have even needed to read this at all to get a good idea that Giancarlo's long-term future won't include the Marlins at all, but this a little more well thought out, and as long as Jeffrey Loria is in control, it all but assures that Giancarlo will eventually end up somewhere else.

Marlins assistant, HOFer Andre Dawson doesn't believe cheaters belong in HOF - Palm Beach Post
It's a slow week in Marlins news. Andre Dawson doesn't think anyone who cheated deserves to be in the Hall, based on violations of integrity of the game, but thinks that eventually, the most decorated of cheaters like Barry Bonds and Roger Clemens will get in. Probably because their stats are so gaudy and unbelievable that it would be hard to keep them out.