The Death of the Baseball Card Collector

It's looking like 2012 may be the year where old time collectors finally stop purchasing new product.

Share All sharing options for: The Death of the Baseball Card Collector

The title above is not just hyperbolic, but it is also a little absurd. I think it’s obvious now that the hobby will go on. There will always be a market for new baseball cards and there will always be eager collectors looking to snatch them up. Of course, that doesn't mean that the market won't keep contracting. New collectors will be few and far between. 2012 will turn out to be a tipping point for the hobby unless MLB steps in and forces Topps hand. I don’t see that happening, because deep down, I doubt Bud Selig even cares. Why should he when Topps doesn’t?

Obviously, I’m slipping into exaggeration again. It’s not that Topps doesn’t care, they would love for long time collectors to continue buying their products. They simply won’t be making a single concession to long time collectors to keep them interested in their products. The one set that older collectors tend to love the most, the base Topps set, has been continually debased over the years. In 2012, Topps made sure that the average collector would have zero chance of completing the set, and followed up on that decision by rendering the update series irrelevant. Not one of these decisions was made in an attempt to make a better set. They were simply the latest in a long line of gimmicks to try and sell more unopened material in the short term with no concern for the long term health of the business or the hobby. 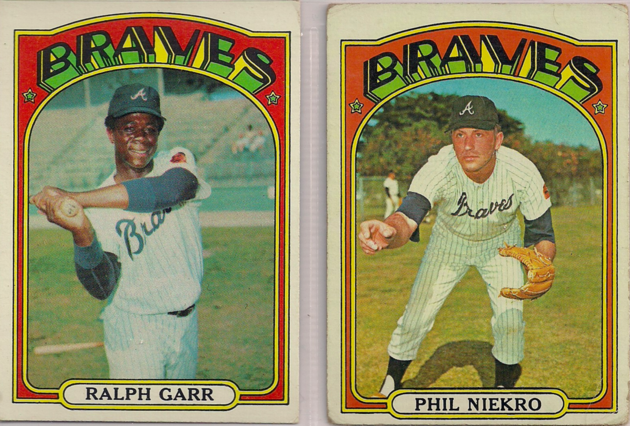 Topps explanation for a short printed Bryce Harper rookie card in Series 2 is that he was called up to the big leagues too late for inclusion in the regular set. That’s a claim that smacks of deceit, but that’s not provable, so we’ll ignore it. Even if it were true, there was no reason to checklist the card with number 661. This makes the card a part of the regular set and since it appears to be a super short print, there’s simply no way for the majority of card collectors to get the card. The decision to put out this card with the number 661 on the back was a slap in the face of every Topps collector who builds the base set. To add insult to injury, Topps included a different Bryce Harper 661 card in the factory sets they produce. Actually, they created two different additional Bryce Harper 661 cards for the factory sets. The version in the hobby sets and the version in the retail sets are different, and they both differ from the cards included in unopened Series 2 product. This is even funnier when you consider that individuals who support Topps having an exclusive license do so because they think it removes confusion from the marketplace.

The shenanigans with Update Series are unforgivable though. The failure to include the most desirable traded players in the “Traded Set” so that they can be used as short printed gimmicks is astonishing to this long time collector. At this point, you have to wonder what the point of collecting the base set is. Ten years from now, if I pull out a binder with the 2012 sets, will I even remember the blockbuster deal between the Red Sox and the Dodgers? Will I remember the great Jim Thome playing with the Orioles during their improbable run? There’s nothing in the 2012 Update Series that will remind me.

Frankly, all of the variations and gimmicks annoy me, but if Topps had just kept the base set itself pure, I could ignore all that. The gamblers could spend their money hoping for the big hit, and the old time collector like myself could just focus on the base set. At this point, that’s not an option. I’m not one to make big pronouncements or to boycott a product or manufacturer. As a collector, my single biggest goal has been to collect every Topps base set put out in my lifetime. Right now, it looks like that goal died after Series 1 this year. I’m not saying I won’t be purchasing any 2013 Topps cards right now, I just don’t see why I would. 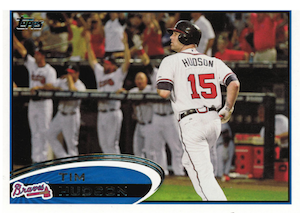 The current state of Topps has been debated fiercely on Twitter by collectors on both sides of the fence. Those of us who seem to be complaining about Topps endlessly are accused of hating the hobby. We are mocked by the Topps toadies at Beckett and many of the blogs that love to parrot the Topps company line. I think that’s the most insulting thing about all of this. We haven’t been complaining because we hate the hobby. We’ve been doing it because we love the hobby. Why would we take to the internet with our complaints if we didn’t love baseball cards? I think there isn’t one of us that wouldn’t love to open up our wallet and buy new Topps cards. All Topps has to do is restore some sanity to their base sets. I wouldn’t hold my breath though.

The one thing most collectors worried about when Topps received their exclusive license from MLB is that they would get lazy, and they have. The Topps base set hasn’t really changed in years. The Heritage set is no longer patterned off an original set. It is now locked in at 500 cards, including 75 short prints. Every attempt at so-called “innovation” involves gimmicks or the high-end sets. The cards that the set collector values are an afterthought. Series 1, Series 2, Update Series, Allen & Ginter, Gypsy Queen and Heritage are locked into their patterns and Topps has no intention of making any improvements to the base sets of any these products.

Short of the congenitally stupid, it’s hard to believe that anyone believes that granting Topps an exclusive license to produce MLB cards was a good idea. There’s also the chance that if Upper Deck still had a license, they would be gimmicking up their product as well. I doubt it though. For all of Upper Deck’s problems, they always viewed their base set as a worthwhile product. They thought their product was worth owning. They were right and their place in this hobby is missed. Topps has lost its way and those of us who still wish to collect new cards have no other outlet. MLB needs to rectify this. 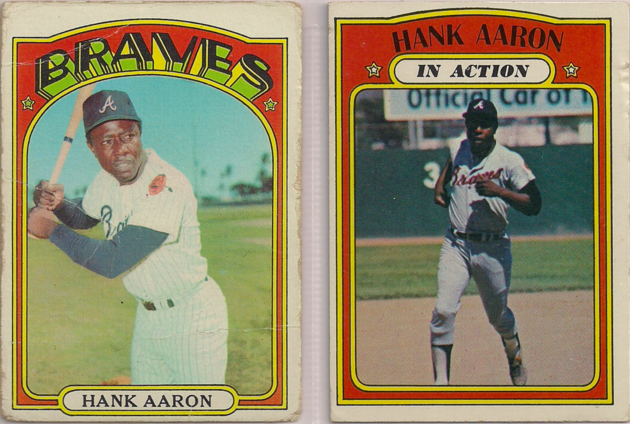 Again, don’t mistake this for me hating the hobby. I’m as passionate about baseball cards as ever. I’m holding in my hand right now my very own 1953 Bowman Warren Spahn. On Monday, the mail man should be delivering me a 1964 “Tops in the N.L.” Willie Mays / Hank Aaron card. I just completed my 1972 Topps set and should have my 1971 Topps set completed by the end of the year. Every penny I would have spent on the base set or on Heritage next year I can now spend on completing all of the Braves team sets from the 50s and 60s. I can spend that money on completing those older sets that are still short of completion. I may even look at completing all of the Upper Deck base sets.

Still, I’d love to give Topps my money. They just don’t want it. The same goes for many other long-time collectors. That’s fine. Ultimately, Topps loss will be the gain of many vintage dealers. Will we make a dent in Topps business? I doubt it. Still, we’ll see if Topps is really building the hobby back with their stupid squirrel cards and other assorted gimmicks. Maybe some kid who bought a pack of Series 1 hoping to get a baseball card of a squirrel saw that beautiful Tim Hudson card and got hooked. Of course, he might have just thrown the cards away pissed off that he didn’t get the squirrel card.