Share All sharing options for: Things Read in Others Moms' Basements - Around the NL East 10.09.10

No words. Still in disbelief. Much more after the jump... 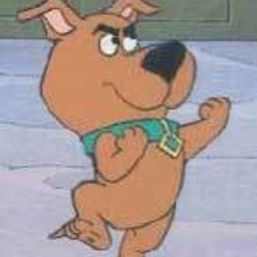 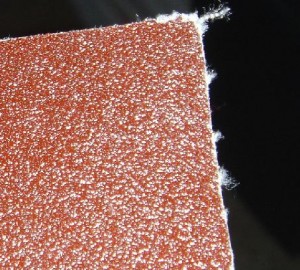 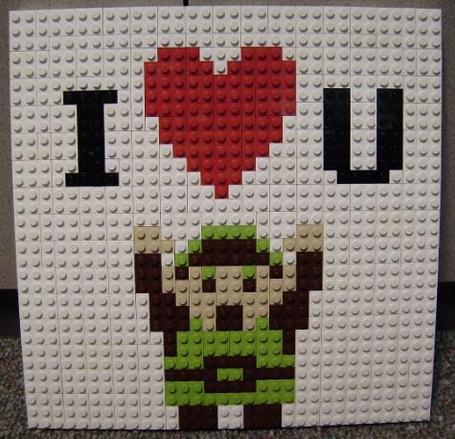 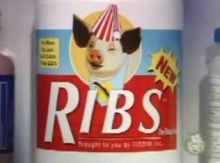 Except for mvandonsel and Yakker and all other TCers who were there. You (posterior cavities) better have stayed throughout that whole game, and I am more jealous with the anger of a thousand Talking Chops that you could be in San Francisco to witness such a dramatic game. Leave it to the Braves to show the playoffs what real drama is like.

Welcome to another week of Things Read in Other Moms' Basements. Good thing I wrote all this in advance otherwise it would have been nothing but a bunch of pictures of pro-wrestlers, NES games, and images where you have to look at picture twice to get it. 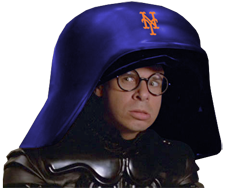 About as predictable as an M. Night Shyamalan film - MLB
Surprising to virtually nobody, the ending of the 2010 Mets story culminates with the dismissal of GM Omar Minaya, and the obvious refusal to exercise the 2011 option on Jerry Manual's contract.

This is kind of what Jeff Francoeur reminds me of, whenever he comes out after something happens. The smugness, arrogance, and matter-of-factness that always seems to come out whenever there's a pile to dogpile unto. The difference is that Peyton Manning is usually very responsible for the successes and failures of his team, whereas Jeff Francoeur is typically not.

Maybe this would have helped validate his job - MLB
Apparently, Omar Minaya never once asked the owners if it would be alright to cut losses, and just eat Oliver Perez and Luis Castillo's salaries.

I thought the WSJ was just kidding - MLB
But apparently Jeff Wilpon has reportedly been willing to listen to offers for "untouchables" such as David Wright or Jose Reyes.

So that's the reason - MetsBlog
THE METS HAVE NO GRIT.  NOT LIKE US. 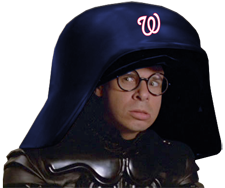 Jim Riggleman feels that OPS guy will be back in 2011 - MLB
I like the remark how it takes the attention away from Dunn himself, and puts it solely on his agent, as well as the Lerners for them to come to some sort of agreement to keep Dunn in D.C.

List of guys to replace OPS guy in case OPS guy doesn't stick - MLB
Is it just me, or is Adam LaRoche seemingly available every year? I'm also amused at the comparison similarities between OPS guy and Carlos Pena, but for some reason, Pena is more coveted.

Chien-Ming Wang has finally thrown an inning - MASN
It was in the instructional league, against instructional Detroit Tigers, but it was an inning of work, and baby steps. One walk, but no hits, and Wang's pitches were clocked around 85-87 mph. That is a huge dip in velocity, but he hasn't really thrown in close to two seasons now.

Nationals TV ratings up almost 200% from last year - The Bog
I like Dan Steinberg's take on it:

"As for why the Nats ratings increased? You tell me. The HD absolutely helped. I often found myself turning in to hear what Dibble was saying. Strasburg was a must-watch, though he only started a dozen games. And, dare I say, the team was actually more compelling."

Nationals to consider moving out of the Grapefruit League? - Federal Baseball
The last time I heard anything about the Nationals moving their Spring Training grounds, it was moving from Viera to possibly Kissimmee, which would have been great for my best friend and I to be able to easily watch Braves and Nationals ST games in the same vicinity. But now there's possibility of moving out of Florida and going into Arizona? Inconceivable! 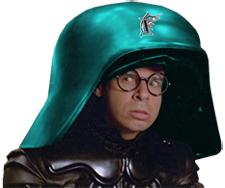 Josh Johnson the NL's 2010 ERA champion - Miami Herald
Since ERA is clearly the de facto statistic at defining a pitcher, nobody is better than Josh Johnson, who finished out the year with a squeaky-clean 2.30 ERA. Other less notable stats for the Fish at the finale was Leo Nunez's 30th save, despite being a crappy closer, and Sandy Rosario's season-ending 54.00 ERA, second worst in Marlins history.

Emilio Bonifacio headed to DR winter leagues to work on bunting - MLB
He who has good speed apparently must learn to drop down the bunts and capitalize on the swiftness. Bonifacio is among several Marlins players, including Jose Ceda and Leo Nunez set to play winter ball in South America. Edwin Rodriguez thinks this is great for all Latin players:

"When they are in the Dominican or in Venezuela, they're playing in front of big crowds."

It must be surreal for Marlins players to play off-season ball to large crowds, and then play pro ball to an empty stadium.

- Miami Herald
See, we're not the only ones to lose to the Pirates. With a late-season loss to the Pirates, the Marlins ensured that they would be under .500 for the season.

The price of wins as it pertains to the Marlins and Mets - Miami Herald
In light of the re-organization of the Mets, the Herald decides to look at the wins to dollars spent between the Fish and Amazins:

...the Mets outspent the Marlins by a ratio of more than 3-to-1 and have only 23 additional wins to show for it. In head-to-head meetings, the Marlins have gone 52-55 against the Mets over the past six seasons -- 23-13 over the two past seasons."

Solely for the ladies - Miami Herald
Don't say that I'm not capable of giving back to you gals. 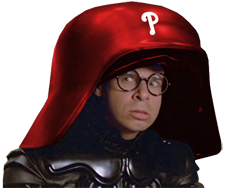 Roy Halladay throws no-hitter in playoff debut - MLB
There's only one explanation - Roy Halladay is a robot. No mortal human man can be as consistently dependable and reliably good as Roy Halladay. No ordinary human man can tolerate being a member of the Toronto Blue Jays as long as a Roy Halladay did. And now, he shrugs off all the speculation that he wouldn't be ready for playoff pressure by quieting all pundits and doubters and only throws the second no-hitter in post-season history in his playoff debut.

Heart and soul of the Phillies - Beerleaguer
Despite the fact that I hate the Phillies with the hatred of 1,000 Talking Chops after a LOBsterfest, I will come out clean and admit that I have a lot of respect for Carlos Ruiz. Probably to the annoyance of Phillies fans, I do refer to him as "Chooch," but with the utmost respect for a worthy adversary, who's repeated late-inning heroics, and heart-breaking hits against the Braves have certainly drawn my attention, whether or not anyone else outside of Philadelphia sees it or not.

Meet the Disposable Duo - Philly.com
Seriously - poor Joe Blanton and Kyle Kendrick. Lost in the midst of the hullabaloo over H2O are the two pitchers who more or less fulfilled their duties as the back end of the rotation, and not completely unreliably, either. And now they've been denegrated with the disrepsectful denotion of "the Disposable Duo?" Why not just call them "The Floating Turds" and ignore the 35 games in which the Phillies won with either of them starting?

An extra link non-NL East related that piqued by interest:

Turnabout is fair play - American sets single-season hits record in NPB - Deadspin
Former Cub and Athletic, and current Hanshin Tiger, Matt Murton, with 211 hits, breaks the NPB record previously held by the guy who currently holds the single-season hits record in MLB, Ichiro Suzuki. I like the asterisks and footnotes that are trying to be incorporated for Murton's achievement, such as an increase of number of games that allowed him to reach the plateau, because pretty much all those things could be said about Ichiro's chase and eventual toppling of George Sisler's previous MLB hits record.