Braves Are Victim Of Blown Call

Share All sharing options for: Braves Are Victim Of Blown Call

In the bottom of the fourth the Giants took a 1-0 lead against the Braves in game one of the NLDS. That run was scored by Buster Posey who had singled and then stole second on a play where he looked to be out. That call, which turns out to be a blown call, was the difference in game one. Here is the evidence (hat tip: @jd_austin) 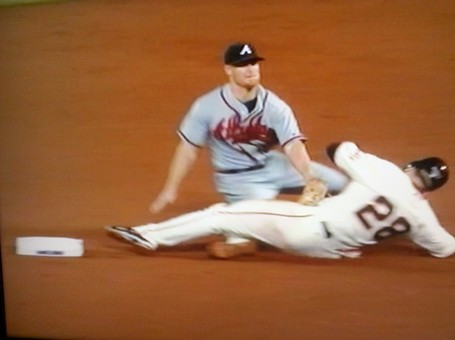 Complete B.S. And the MLB umpiring crew gets another key play very wrong which completely changes the fortunes of each team.