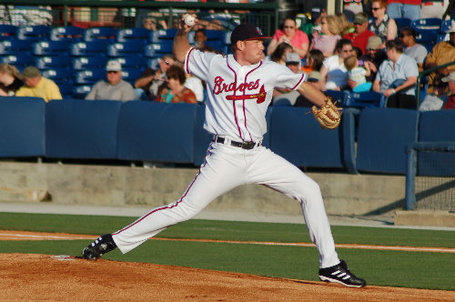 We've waited long and hard for this day to arrive and now it's finally here: Tommy Hanson will be making his major league debut. There is going to be a lot of hype surrounding the young 6-6 hurler taking the mound on 6-7 (this is why it would have been so much better if his debut was yesterday, he's 6-6, he would have debuted on 6-6, stars align...).

He is the fourth-best prospect in all of baseball according to Baseball America. There's a lot of hype that Hanson has to live up to, and I expect there to be plenty of nerves, just like he had when he made his AFL debut and his spring training debut. But in each of those starts he quickly settled down and dominated.